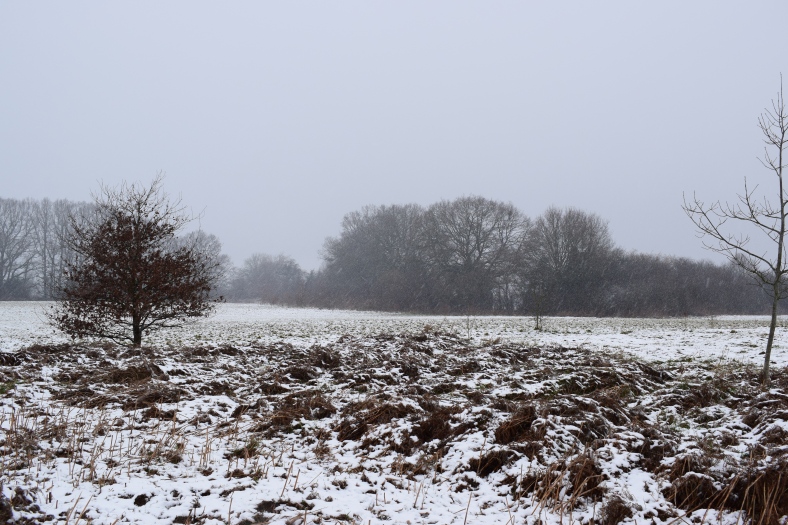 So after the flu nonsense, things are slowly getting back to normal. Because of this, I thought I’d do a chatty blog post about my recent favourites. 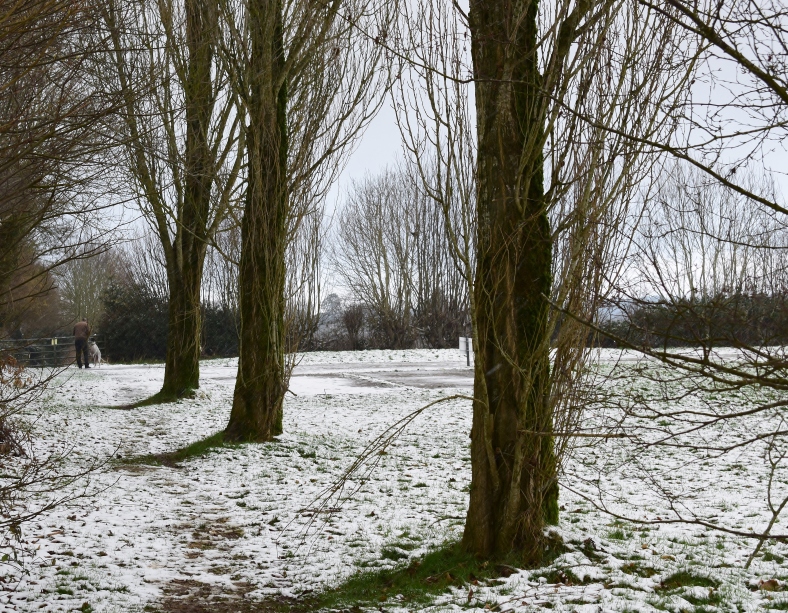 I went to see the Darkest Hour with my friend which, as I’m sure you know, is a British war film directed by Joe Wright, written by Anthony McCarten and stars Gary Oldman as Winston Churchill. Yes, I liked it and found the drama, atmosphere and historical ambience, extremely authentic. Obviously, some of the plot is fictional but lets face it, we all got the drift! Excellent film and well worth seeing. Films/dramas are good for reminding people, particularly the very young, of what went on in the past.

The other film I saw was The Post, an American political thriller, directed by Steven Spielberg, written by Liz Hannah and Josh Singer. This film stars Meryl Streep and Tom Hanks. Both Streep and Hanks performed well and you couldn’t help thinking about the film’s allusions to Nixon and Trump. The plot relates to leaked papers about the Vietnam war, being surreptitiously leaked to The New York Times and after a court injunction ending up being published by The Washington Post during the early 70s. The Post is owned by heiress Katharine Graham, who is often overruled by overbearing male colleagues. That is until she decides to publish the papers and sticks to her brave decision despite frenetic opposition. This is another good film which, enamored from a feminist viewpoint and reminded me how times have changed in the workplace. Most bosses, in this film, were portrayed as male and well over 40. The youngsters were used as message carriers, etc. However, dare I say, I sat thinking older people have enormous value in the workplace because of wisdom, knowledge and experience. Not always sure if giving an inexperienced youngster a senior position (as nowadays) unless a brilliant incumbent, is a good idea. The film shows how feminism has changed times over the last 40 years, but I must confess, found the age issue as above, more prevalent and captivating.

A few weeks ago, we decided to drive towards north Kent. Having suffered flu, I was desperate to go out for the day. We drove to Dartford, and found it a bit run down and uninteresting so drove to Gravesend which was quite curious, in a strange sort of way.

We wandered about the ancient town and found a vintage market and some independent shops. We stopped for a cup of tea in a vintage cafe and then strolled towards the Gravesend Town Pier. This is the world’s oldest surviving cast iron pier, built in 1834 and refurbished in 2004 as a restaurant. 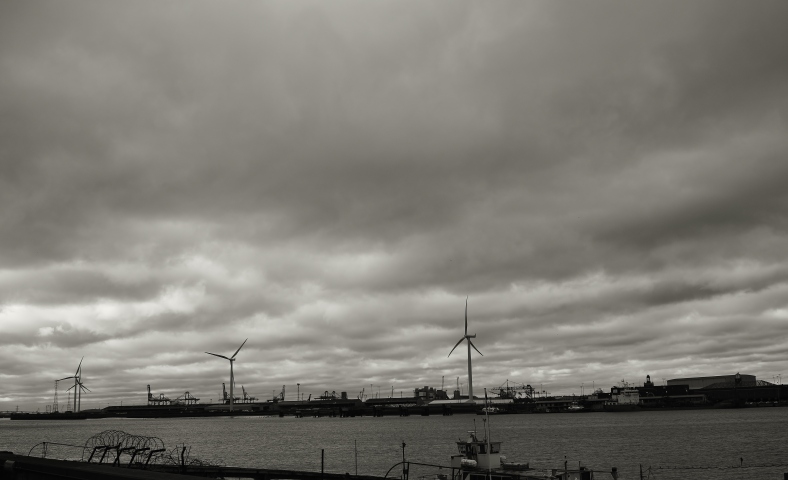 The view, which included the Gravesend – Tilbury Ferry, was splendidly gritty with the grey, glowing sky and wind turbines. Out came the Nikon camera.

The views were dull and spectacular at the same time. Grey clouds, distant industry, moving turbines and a red vessel. Many minutes were spent fiddling with the white balance and appropriate camera settings to get the gritty photo. It was exciting because I knew I could capture something different from the usual landscape photography.

The LV21 lightship is moored here and a spectacular sight. It was built in 1963 and a unique 40m steel-hulled lightship which saw most service, off the Kent coast. She has now undergone a transformation into a floating cultural facility designed to host artists of various disciplines. 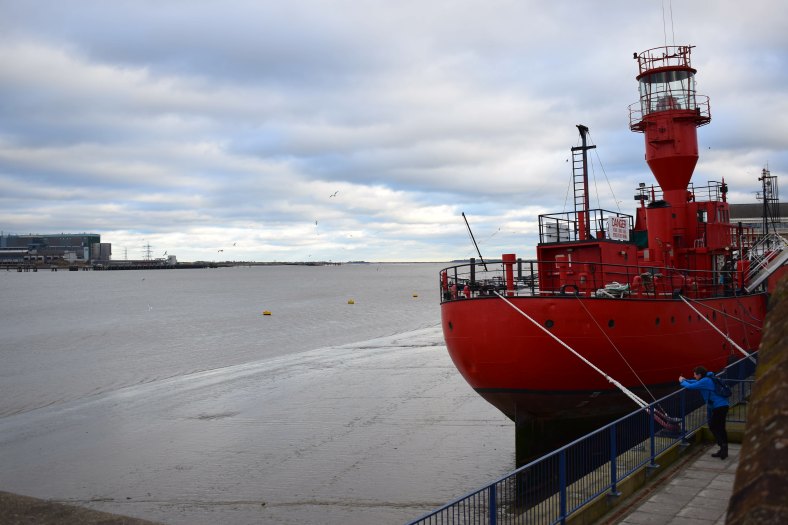 Eventually we left Gravesend and drove towards Stockbury to visit a community owned pub, the Harrow. During 2016, a public meeting attracted 150 folks to dig deep into their pockets and raise £300,000 to save the pub. Well, what an amazing place. A beautiful bar area, friendly staff serving a wonderful selection of ales, craft beer, gin, whisky and wine. Oh, and the food looked good as well. The landlady was trying to eat a roast dinner whilst serving the thirsty community. Up and down like a yo-yo, poor women. She kept smiling and seemed to enjoy her role. Wonderful place, just wish I had a jolly, well kept local like this one, near me.

A few days ago we had a couple of inches of snow so I grabbed my Nikon, and went off traipsing over fields to shoot the snow filled landscape, which is something I hadn’t done before because the UK snow doesn’t reach Kent very often. It was quite awkward trying to take photos and keep the camera dry. Somehow managed to take some shots whilst the snow was falling and even managed to crawl on the freezing grass for one photo. Great fun though, and I liked one or two of the results. It is true what the experts say, you have to take about 50 photos to find one you like. 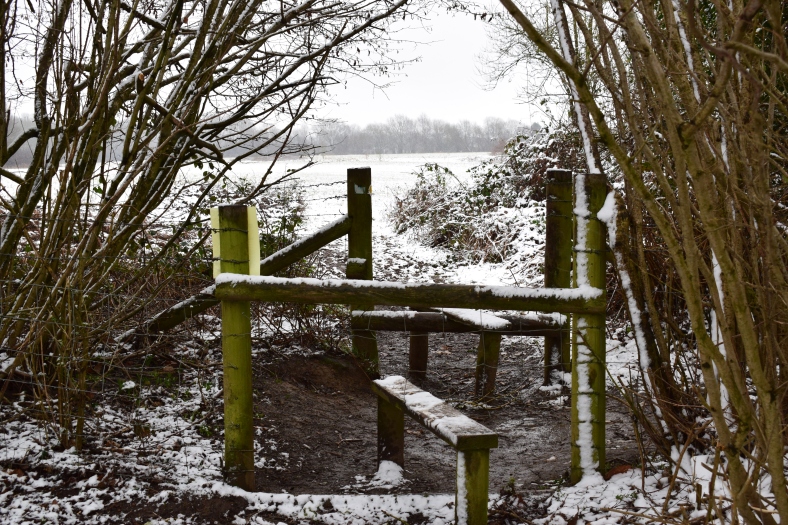 Recently, because of the time of year, found it tricky to find enough to write about, but as I’ve sat down this sunny, spring like afternoon, I’ve managed to find a few snippets to blog about. So the moral of the story is, if you’ve run out of content ideas, just sit down and write! 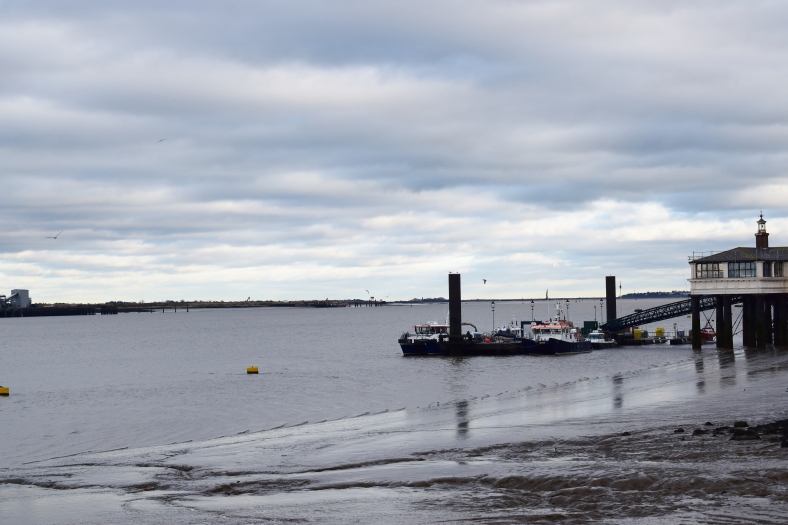 Thank you for reading my blog and don’t forget to follow.