Thingvellir is a historic site and national park in Iceland, east of Reykjavík. The park is in a valley caused by the separation of two tectonic plates, with rocky cliffs and fissures like the huge Almannagjá fault. 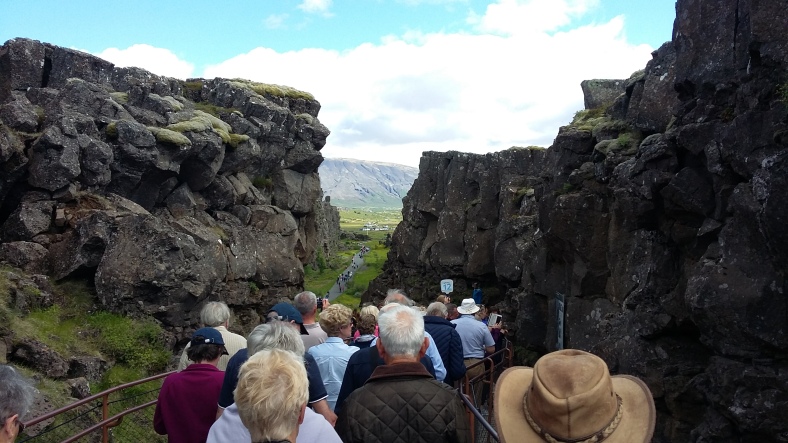 As you can see above, this was a road which collapsed due to the separation of two tectonic plates!

It is known to be the site of Iceland’s parliament during the tenth to the eighteenth centuries and is of tremendous geological and historical interest and deemed to be the most important place in Iceland. 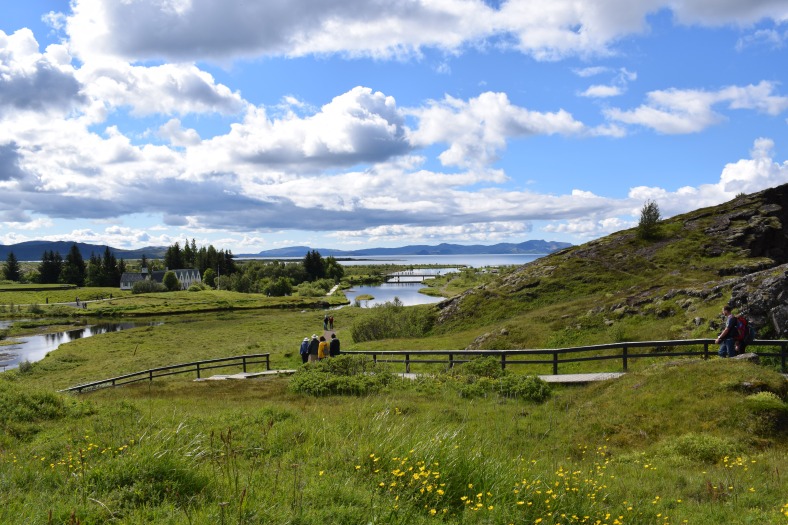 From the ‘Law Rock’, the speaker recited the laws and if the laws were broken the execution sites were located close by.

The site is important in geological terms too, and highly significant. It is the continuation of the Mid-Atlantic ridge, where the Eurasian and North American plates are still drifting apart.

After we thoroughly explored the area, we left and took a coach ride to Geyser area, where we admired the hissing springs and geothermal activity. This was astonishing and exciting because the large Strokkur geyser erupts every few minutes.

Strokkur is a fountain geyser located in a geothermal area beside the Hvítá River in Iceland in the southwest part of the country, east of Reykjavík.

Here are some photos of other geothermal activity…

After exploring this superb site we went to see the mighty Gullfoss known as the ‘Golden Waterfall’. This is the most stunning and largest waterfall I have ever seen and it was very exciting. The waterfall is located in South Iceland on the Hvítá (White) river which is fed by Iceland´s second biggest glacier, the Langjökull. The water plummets 32 meters down in two stages into a 70 metre canyon. We managed to see the shimmering rainbow over the fall because of the sunny weather. 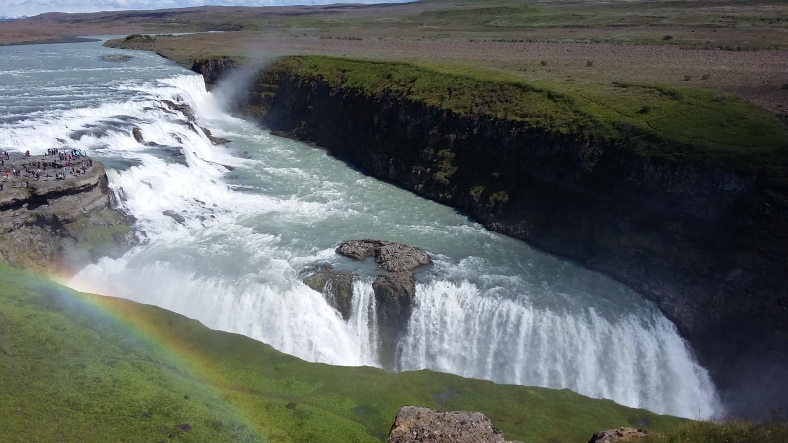 Well, we finally reached the end of our trip to Iceland which was absolutely fabulous and I cannot recommend Iceland enough. Truly magnificent.