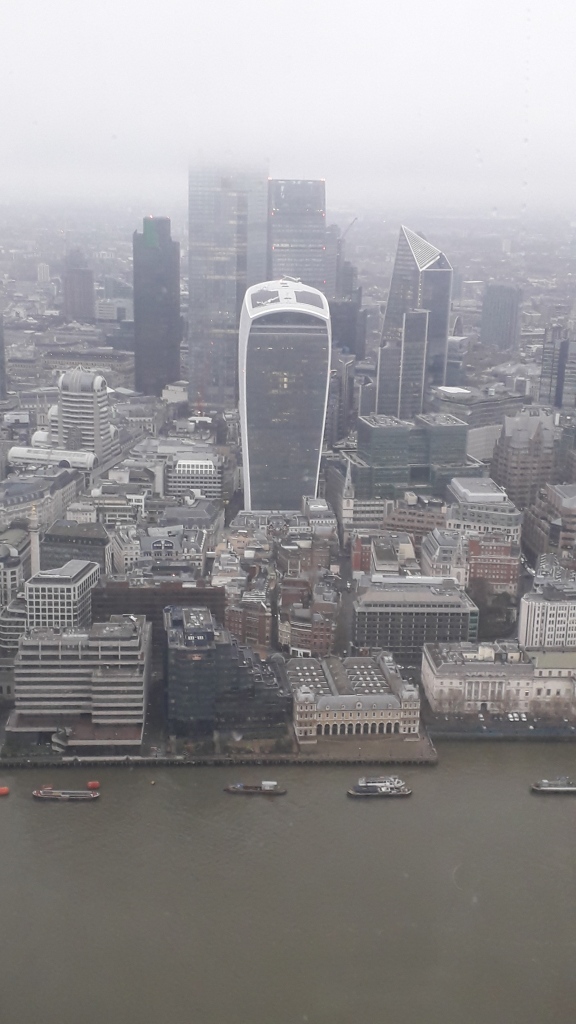 Just a few weeks ago, my friend and I visited the Shard, London and then the Bermondsey Gin Distillery. It was a birthday present from last year. You know, one of those things that you have to book months in advance but is worth the wait. It was such enormous fun and I haven’t blogged about this wonderful day out, so here you go.

The idea of The Shard was to create many diverse areas for the public to experience including magnificent London views. The building is a vertical city, which you see when arriving at London Bridge. It is operating 24 hours a day and includes a hotel, retail area, restaurant, viewing floors and of course, offices. The building finally opened officially on the 5th July 2012 after a 12-year project to build a significant landmark on the London skyline. It seems to have worked and the modernity of the building is striking although I always think it looks unfinished.

“THE VISION FOR THE SHARD WAS TO CREATE AN ARCHITECTURALLY STRIKING VERTICAL CITY INCORPORATING RETAIL, OFFICES, HOTEL, APARTMENTS, RESTAURANTS AND A PUBLIC VIEWING GALLERY.”

Around the late 90s, Irvine Sellar, the owner-developer had lunch with the award-winning architect Renzo Piano, who, incidentally informed Sellar about his dislike of tall buildings! However, during the lunch meeting, the architect was sucked in by the energy of London, the railway lines and the swirling beauty of the Thames and turned over his menu and started to draw the future Shard. This is said to look like The Shard today.

Elaine and I visited the viewing galleries, 240 m above street level. It is certainly unlike any other place in the world and the views are truly magnificent. When I first arrived, I feared we wouldn’t be able to see much because of the fog but it cleared intermittently and was great for photography too. The spectacular views improve when you experience the outside floor and feel the wind on your face. You can then look up and see the glass and steel spires poking into the rainy clouds and tapering off into the sky.

The panoramic view of London is even better than expected. We watched the Thames river meandering its way towards the outskirts of London. You are above the snaking London Bridge station railway lines which reminded me of childhood memories of toy train tracks. Across the city, you can see many iconic buildings such as Waterloo Station, Big Ben and the historic Tower of London. Parts of this building go back to William the Conqueror. Then there is the Globe Theatre and a distant London Eye. As we saw all this during an afternoon in January 2020, we had the joyful vista of a darkening London and gentle light show as all the lights came on. The rain seems to add to the excitement as London became dimmer and dimmer and more reflective. Truly wonderful.

Bermondsey Gin Distillery
We walked to the above as it is easier than traipsing through the ever-winding tunnels of the tube stations. We did get a little lost on the way and appeared to go around in circles (thanks Google Maps) but got there in the end! Upon arriving at Bermondsey we visited a bar under the arches area called Ropewalk. I enjoyed the strong cocktail as the train thundered overhead. We arrived at the gin place feeling rather merry. 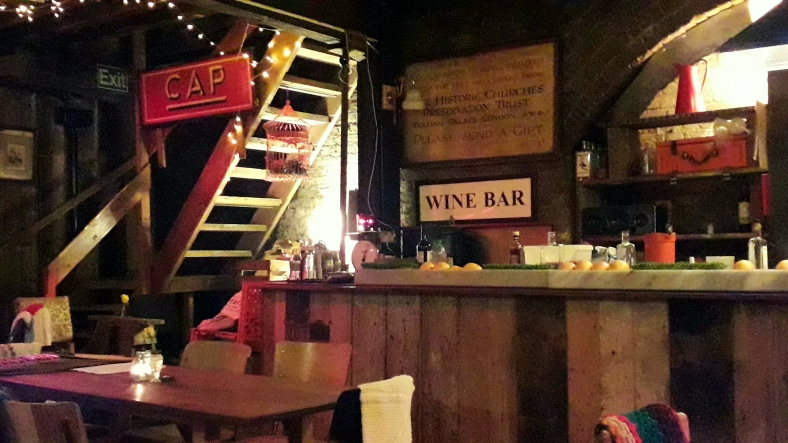 Oh, those were the days.

Bermondsey in the mid-19th century was a notorious slum and the centre for trade and industry. These days the wharves and warehouses have been turned into bars, restaurants and shops. We were given a chat about the history of gin which was most enlightening. I had no idea that in recent years, the law was challenged and subsequently changed and that is why you see so many new gins now. We were both fascinated by this fact alone which explains the abundance of flavours and brands now. Oh, and we thoroughly enjoyed trying our the Jensen’s Gin too!
What an absolutely fabulous day.

Above is a selfie with London Bridge behind (oh dear)!