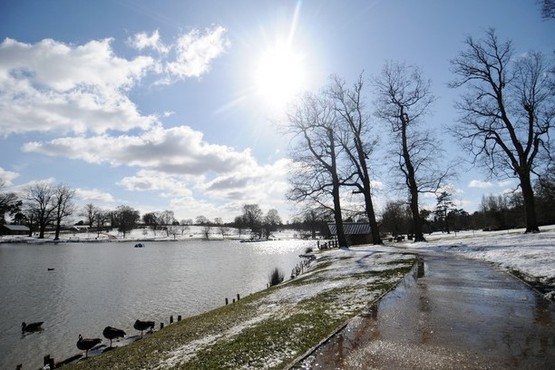 With the onset of winter, it is easy to feel tired and fed up. The clocks change and make the mornings glaringly light for a few days but the evenings darken immediately.

When I went to Iceland, a young chap told me they only have about three hours of daylight in November and everything tends to get done during that time. During the summer, they party into the early hours as it barely gets dark at all.

In the UK, around 6% suffer from seasonal affective disorder or Sad and in countries such as Canada, Denmark and Sweden, these symptoms are so severe that people cannot function properly.

The condition can cause disruption of sleep, weight gain and depression. Apparently, women are much more likely to suffer from SAD and this is thought to be because of evolution…

Robert Levitan, a professor at the University of Toronto says,

“Ten thousand years ago, during the ice age, this biological tendency to slow down during the wintertime was useful, especially for women of reproductive age because pregnancy is very energy-intensive. But now we have a 24-hour society, we’re expected to be active all the time and it’s a nuisance.”

Many people get the “winter blues” and this is characterised by feeling uninterested in your surroundings, unmotivated and fatigued. Around 15% suffer these symptons although my humble opinion would put it higher than this.

Light therapy is recognised as helpful for people suffering badly. Many people suffer from low spirits during the cold, dark months. However, sometimes you can embrace it, as I have done and explore other places in the world, such a Norway, Rome or warmer climes like the Canary Islands during the winter months. Or just have a jolly day out or a long walk preferably with a lunch break in the pub! Curling up with a cup of tea and a good book is another favourite of mine too. A break and change of routine, during the winter months is helpful and refreshing. Too much emphasis on summer holidays can become tedious and it is interesting to explore different areas and participate in a variety of activities.

So what is the solution? The main thing that will cheer you up is socialising. Sometimes I will invite someone for a meal and take time planning and preparing it. Having a good natter is fun and enlightening. But as for December, it does go on a bit, doesn’t it?

Of course, the most obvious thing that may help is going outside to exercise, even if only for a few minutes a day. Nothing more boring that being stuck in an office. Put on your brightest clothes, (we all wear too much black and grey) and wander out for some fresh air. You will catch some light somewhere among the grey clouds and feel better moving your body.

So what do you do to get through the winter? Do share!

2 thoughts on “Are you feeling SAD?”